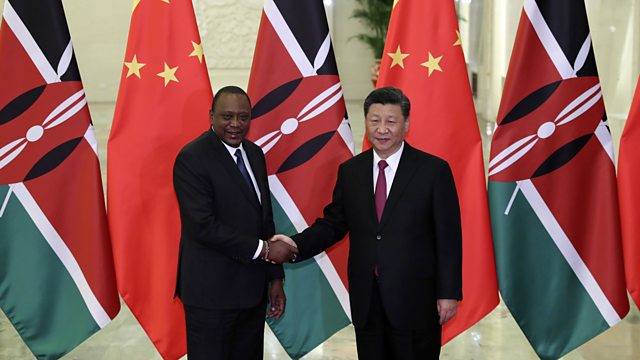 The Compass Chinese Dreams
Episode 4 of 5

China has invested heavily not just in Africa’s roads and railways, but also in the media sector. Frenny Jowi examines whether this is changing the way Kenyans see China.

There has been a lot of media focus on China’s investment in Africa’s physical infrastructure: but what about its play for Africa’s attention? CGTN, China’s state-run international TV station, has steadily increased its footprint on the continent from its African HQ in Nairobi – while Chinese-owned StarTimes is on its way to providing satellite TV access for 10,000 rural villages. Hundreds of African journalists have been trained in China. Does this represent a major shift in international focus, away from Western media sources (including the BBC) and towards well-funded Chinese outlets? Kenyan reporter Frenny Jowi hears of fears these developments will mean less scrutiny of China’s controversial multi-billion dollar deals with her country.