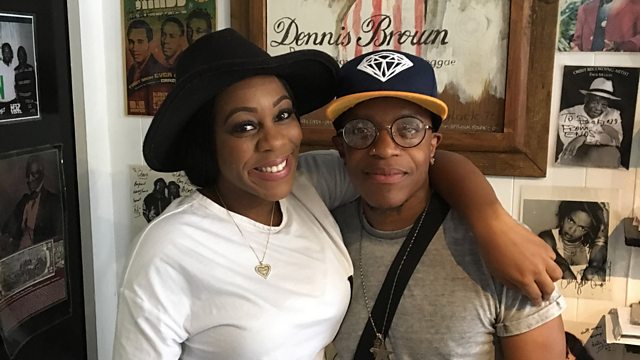 The colourful roots of how British black music has entered the mainstream.

The Windrush generation have made a significant contribution to British black music for many generations - from grime to UK garage, to drum to jungle, to gospel to Lovers rock, from Roots and Dub to Ska, to Reggae and Calypso. Narrated by Young Warrior, the son of historic dub legend Jah Shaka, we explore the colourful roots of how British black music has entered the UK mainstream and how it is now embedded across many music genres.

With first-hand accounts from record producer, Dennis Bovell, DJ, David Rodigan, singer, Marla Brown (daughter of the late, great Crown Prince of Reggae, Dennis Emanuel Brown) and musician and son of Bob Marley, Julian Marley, we explore how Calypso and West Indian culture made huge inroads into the UK mainstream in the 1950s and signified the birth of British black music.

We look at the 1960s which saw Chris Blackwell, founder of Islands Records, bring Millie Small to Britain with My Boy Lollipop and the birth of Trojan records with the release of Do the Reggay by The Maytals in 1968, which was the first popular song to use the word ‘reggae’ and defined the developing genre by giving it its name. We also explore the music of the 1970s which saw the first major influx of British reggae with bands such as Aswad and Matumbi and hear about how Jamaican music began to influence British pop music with the rise of bands, such as The Specials and Madness.