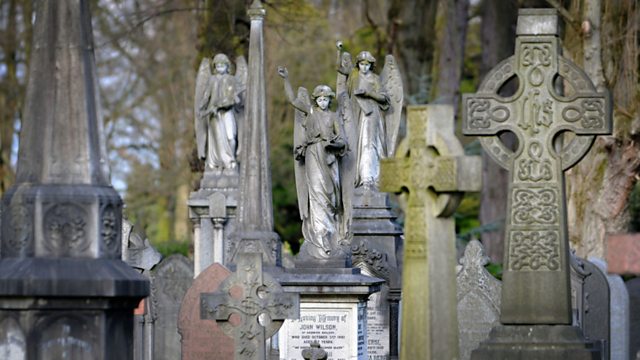 Who will call me beloved?

Who will commemorate single people when they die?

Tania Hershman is single, lives alone and likes it that way. She is the writer-in-residence in one of Europe’s largest graveyards, the Southern Cemetery, a multi-faith burial site in Manchester in the north of England. As she wanders through the gravestones she has started to wonder – who will call her 'beloved' when she dies?

Manchester has the highest percentage of single people in the UK. For Heart and Soul Tania asks how will we commemorate single people with imagination and tenderness?

Recorded over a year the programme follows Tania as she walks among the dead, talking to them – and the living – about love and memory.

Joining the mosque I planned to destroy

Custodians of the synagogue