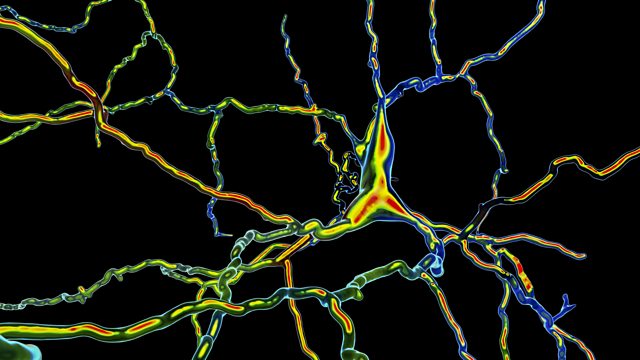 Discovery The Truth About Parkinson's
Episode 1 of 3

Presenter Jane Hill’s father and uncle both lived with Parkinson’s. PD, a neurological condition, is increasing globally but how have diagnosis, treatment and attitudes changed?

BBC newsreader Jane Hill knows all about Parkinson’s. Her father was diagnosed in t1980s and lived with the condition for ten years — her uncle had it, too. She’s spoken about the dreadful experience of watching helplessly as the two men were engulfed by the degenerative disease, losing their independence and the ability to do the things that they once enjoyed. “I remember feeling how cruel Parkinson’s is.

The number of people living with Parkinson’s disease is set to double over the next few decades as we all live longer; it is the only long-term neurological condition that is increasing globally.

In this series Jane Hill looks at what it means to be given a diagnosis of Parkinson’s and the reality of living with the condition. She and her cousin Steve remember how their fathers adopted a British stiff upper lip at a time when there was little awareness. In contrast she meets highly successful comedy writer Paul Mayhew Archer, whose reaction to his diagnosis was to create a one-man show exploring the lighter side of living with Parkinson’s.

Actors Michael J Fox and Alan Alda both discuss the early symptoms of the disease and their diagnosis.

Most people are diagnosed in their sixties but Dutch blogger Mariette Robijn talks about accepting a life changing diagnosis in her forties.