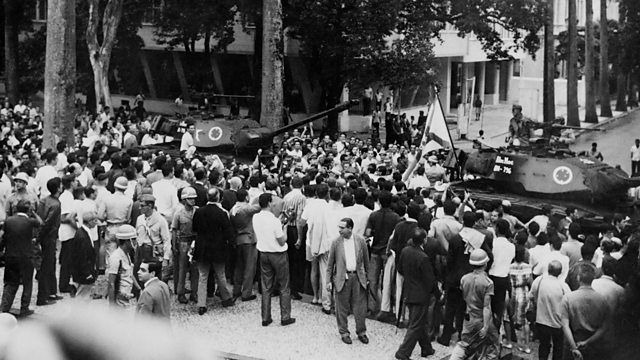 The Compass The Cold War Legacy
Episode 2 of 5

President Bolsonaro claims he is saving his country from Communism. Is Brazil reliving the Cold War?

Brazil’s controversial new President, Jair Bolsonaro, has praised the country’s military dictatorship, which took power in 1964 and ruled for 21 years. In an echo of the language used by the generals back then, President Bolsonaro claims he is saving his country from Communism and he has vowed to wipe the reds off the map. His critics say he is a threat to democracy.