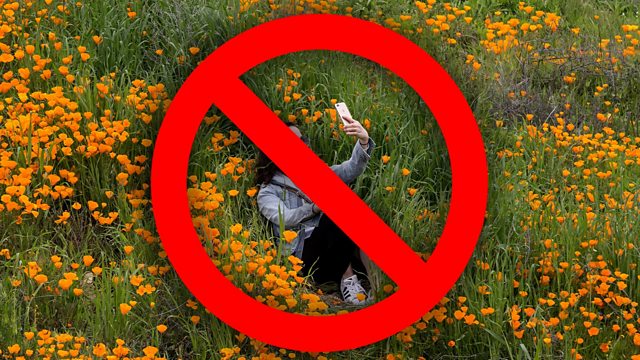 Influencers are breaking laws and harming nature to get that perfect Instagram photo. One man has made it his mission to do something about it – he’s fighting back online.

A beautiful shot in the wild can get thousands of likes – but some influencers are going too far.
We speak to a nature lover who’s had enough. He says that disrespect of nature has risen alongside the popularity of social media. So he’s fighting fire with fire, with an Instagram account called Public Lands Hate You.
His more than 70,000 followers and fans – and a host of similar accounts – call out influencers who damage national parks and break the rules of open spaces.
Some Instagrammers are getting the message, and welcome the intervention. But Public Lands Hate You also has its fair share of opponents, with some saying it incites hate.

Photo caption: A woman takes a selfie in a field of wildflowers
Photo credit: Getty Images

The human cost of viral misinformation