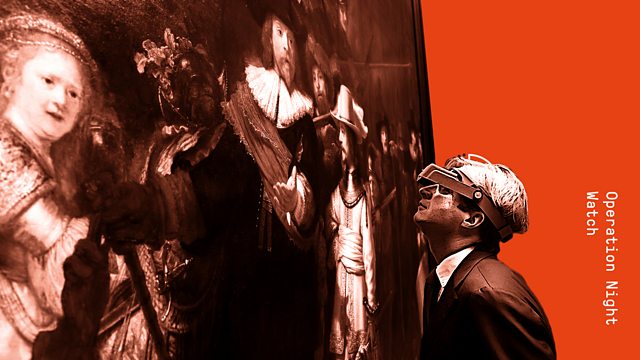 Uncovering the secrets behind one of the most famous paintings in the world.

This week our guest is a Dutch icon - The Night Watch.

This masterpiece by Rembrandt is nearly 400 years old and sits centre stage at the Rijksmuseum in Amsterdam, where more than 2 million visitors come to see it every year. So when it became clear the painting needed a serious makeover, taking years to complete, the idea of removing it from display was rejected. Instead the museum’s Director, Taco Dibbits, decided to make Operation Night Watch accessible to all, by building a specially-constructed glass chamber for restorers, scientists and conservators to work under the public's watchful eye; both in the museum and online.

Anik See follows Taco and his team during this key phase of Operation Night Watch, diving into state-of-the-art imaging techniques and discovering the masterpiece’s secrets and storied past, to find out why this painting remains so important to us.