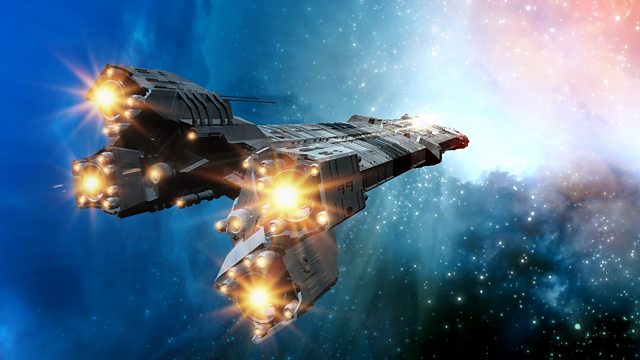 Will our spacecraft ever reach the stars?

Even the closest stars are trillions of kilometres away through interstellar space. CrowdScience listener Allan wants to know if and how our spacecraft could ever bridge that gap.

The space between stars is usually measured in light years, but this makes it less easy to acknowledge the true scale of the distance. Even the closest star system to Earth, Proxima Centauri, is 4.2 light years or 40.13 trillion kilometres from Earth. If we are ever going to bridge the gap between the stars, we will have to have some very fast spaceships, with extremely reliable, long-lasting technology on board.

So does science allow for these spacecraft to exist? That’s what listener Allan wants to know, and to find out, Presenter Anand Jagatia speaks with Tracy Drain, a systems engineer at NASA JPL responsible for overseeing the development and missions of multiple unmanned interplanetary probes including some around Jupiter and Mars. She tells us the challenges involved with simply keeping our spacecraft working for the long-haul.

Even if we can overcome issues of wear and tear over time, powering a ship to other star systems will not be easy. Today’s chemical rockets are too inefficient for the job, so we speak with Rachel Moloney, a researcher in electric propulsion to ask if this relatively new technology could power ships through interstellar space.

Faster than light travel is the solution most often found in Science Fiction, but it goes against Einstein’s laws of relativity. Is there a way around it? Theoretical physicist Professor Miguel Alcubierre thinks there may be, and he describes the way a spaceship may be able to create a bubble of spacetime around itself to move faster than light without breaking these fixed laws. But there’s a catch...

Are humans naturally clean and tidy?

Was I born clumsy?