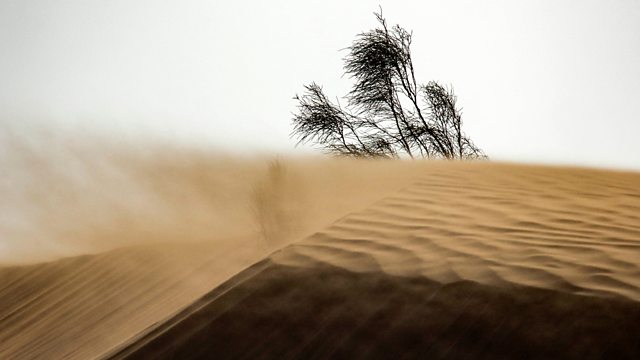 How does a breeze become a gale?

Why are some winds friendly and others fierce?

Every year, Western Afghanistan is hit with a fierce 120-day wind, and listener Hamid wants to know what causes this phenomenon? He’s from the city of Herat, where what starts as a gentle breeze in the morning can pick up to become a dangerous gale just a few hours later, devastating buildings and causing power outages.

The BBC’s Abdullah Elham in Kabul tells us the country has plenty of other ‘friendly’ wind but this one is considered ‘fierce’. CrowdScience talks to Professor Amir Aghakouchak to discover more about the phenomenon, and learns about the pollution problems Herat’s summer storm causes in neighbouring Iran. But it’s not all bad news. Professor Lorraine Remer explains how NASA used satellites to map how wind transport Saharan sand almost half way round the world, fertilising the Amazon rainforest.

How can I beat pain?

Can we prevent wildfires?