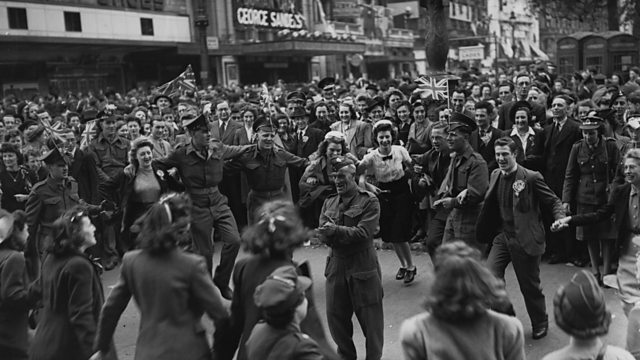 After Nazi Germany surrendered to the Allies in May 1945 'Victory in Europe' was declared. But the Second World War would continue elsewhere in the world for three more months.

On the 8th of May 1945, hundreds of thousands of Londoners took to the streets to celebrate the end of the Second World War in Europe. BBC correspondents captured the scenes of joy across the city - from the East End to Piccadilly Circus. This programme is made up of material from the BBC Archives recorded on VE Day in 1945.

The Soviet occupation of Berlin

The liberation of the Channel Islands