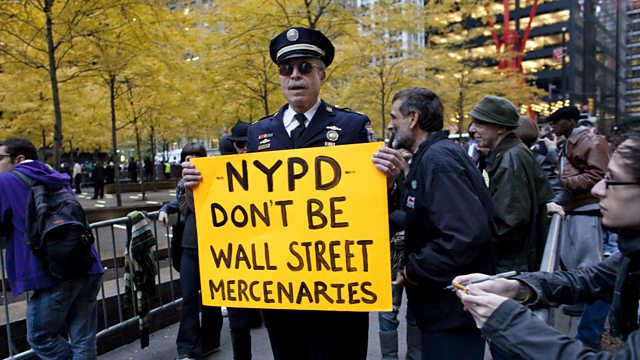 How former police officer Ray Lewis joined the demonstrations against inequality in New York in 2011.

In 2011, the Occupy movement staged demonstrations against financial inequality across the world. The biggest was in New York, where a retired police officer called Ray Lewis became one of the best-known protestors when he was arrested in his old dress uniform. He talks to Robbie Wojciechowski.