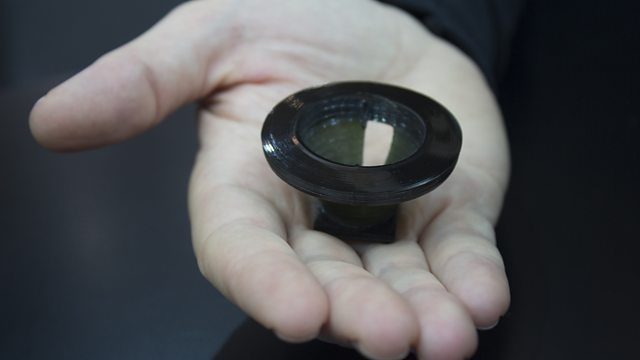 The creator of the 3D printer, Chuck Hull, describes how the first model made small plastic parts from a digital file on a computer. It's now used widely, including in surgery.

In 1983 Chuck Hull invented the first 3D printer. It could produce small plastic objects directly from a digital file on a computer. Instead of using ink the printer used plastic - adding layer upon layer to create an object. At first no-one was interested but now 3D printing technology is used widely, both by amateur hobbyists and industry. It's been taken up enthusiastically in the medical world to help separate conjoined twins and the next step is to help create human tissue for regenerative medicine.

Photo: This tiny cup was the first thing made using a 3D printer, in 1983.
Courtesy of Chuck Hull at 3D Systems.