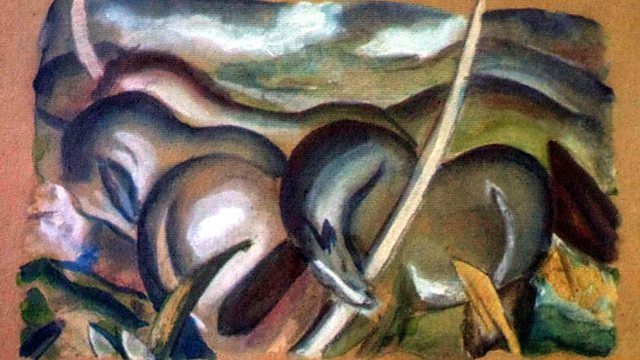 How a stunning collection of art, missing since Nazi rule, was found in Germany in 2012. It had once belonged to one of the Nazi's top art dealers, Hildebrand Gurlitt.

In 2012 a stunning, secret collection of art was found in Germany. Much of it had disappeared during Nazi rule in the 1930s and 40s. It had once belonged to one of the Nazi's top art dealers, Hildebrand Gurlitt. It was found by chance in the Munich apartment of his elderly, reclusive son, Cornelius. It contained lost works by Renoir, Matisse, Chagal and the masters of the German expressionist movement. Many of the works had been confiscated during the Nazis "Degenerate Art" campaign in the late 1930s, when the Nazis stripped thousands of works of art from public display. Alex Last spoke to Dr Meike Hoffmann, an expert on Nazi art policy, who was one of the first to examine the collection.

Photo: One of the art works discovered in the Gurlitt collection was Pferde in Landschaft (Horses in Landscape) by famous German expressionist Franz Marc.

Quarantined in a TB sanatorium