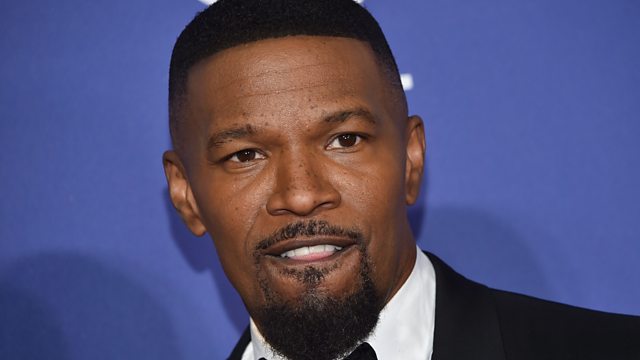 Oscar-winning actor Jamie Foxx shares the best advice he’s been given in his career.

On this week’s The Arts Hour, Nikki Bedi is joined by film critic Anton Bitel and novelist Nikita Lalwani, whose latest book is called You People.

Oscar-winning actor Jamie Foxx shares the best advice he’s been given in his career.

Zimbabwean novelist Petina Gappah explains why she has chosen Scottish missionary and explorer Dr David Livingstone as the subject of her latest book.

British actor Jimmy Akingbola tells us about his new series for Quibi.

Music collective BCUC on the importance of Soweto, South Africa, on their music.

And Ali Sethi, who’s been described as the best entry point to Pakistani music in the 21st century, on the influence of ancient Sufi poets on his work.