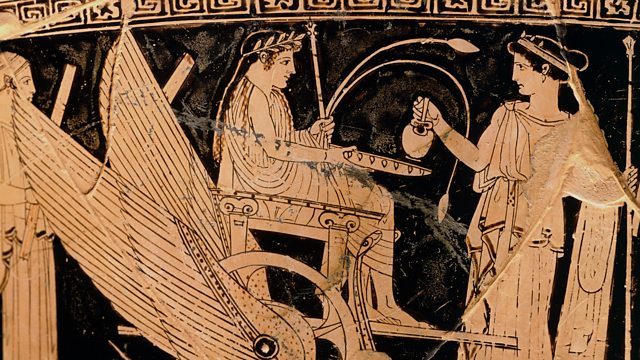 What made the rites at Eleusis, which continued throughout classical antiquity, so moving or even life changing?

In ancient Greece, thousands of people flocked each year to join the religious rites known as the Eleusinian Mysteries. Based on the cult of the goddess of fertility Demeter and her daughter Persephone, the Mysteries were for many a profoundly moving and life-changing experience. People from all over the Greek world and beyond travelled to Eleusis for at least 800 years and the ceremonies remained a highlight of the Athenian calendar throughout that time. But what really went on in the great hall of the sanctuary at Eleusis? Why did the organisers deem it necessary to issue a strict injunction against divulging what actually took place - and what happened to some of those who broke that rule?

[Image: Detail from a vessel showing a scene of the Eleusis cult with Triptolemus in a winged chariot and Demeter, c.460 BC. Credit DeAgostini/Getty Images]

Mermaids: Tales from the deep