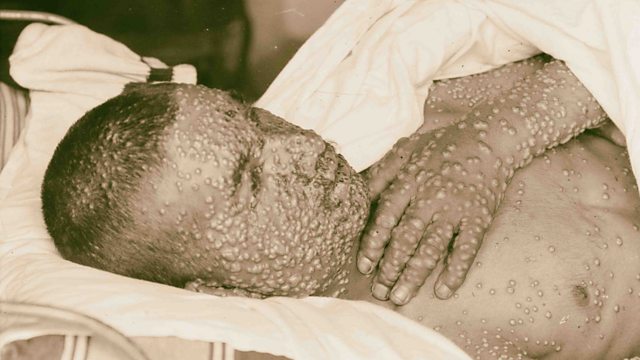 Smallpox: The defeat of the speckled monster

Bridget Kendall and guests discuss what led to the eradication of one of the world’s deadliest diseases, beginning with the first vaccine in 1796.

As scientists around the world look for ways to combat COVID-19, the only human disease ever to be eradicated by vaccination could provide us with some insights.

Since 1979 the world has been free from smallpox. But before the WHO’s concerted effort to eradicate the disease, it claimed millions of victims every year. It’s estimated that 300 million people died from it in the 20th century alone, and those who survived were often left with disfiguring scars or sometimes blind.

Such was its destructive power, some commentators have argued that smallpox changed the course of human history, wiping out indigenous populations and allowing imperial nations to colonise new territories with little resistance.

The English doctor Edward Jenner developed the first vaccine against smallpox in 1796. This procedure laid the foundations for immunisation programmes which have saved hundreds of millions of lives ever since, by giving people protection against a whole range of diseases - not just smallpox.

Joining Bridget Kendall to discuss the history of smallpox are Professor Gareth Williams, author of Angel of Death: The Story of Smallpox; former head of the Centers for Disease Control and Prevention in the US, Dr Bill Foege who worked on the WHO smallpox eradication programme in Africa and India, and Dr Anne-Marie Moulin, author of The Vaccine Adventure.

Who were the Huguenots?