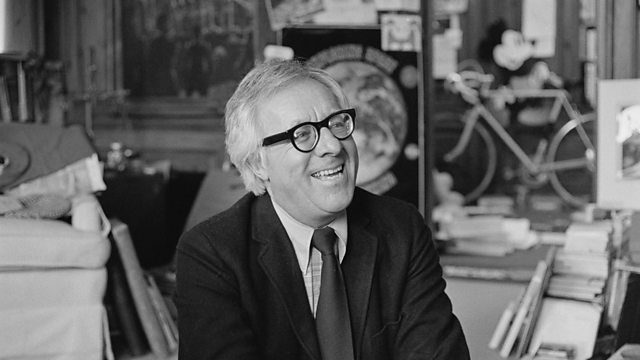 The writer who used fantasy and futuristic scenarios to point out the flaws and quirks of 20th century Western society.

”People ask me to predict the future, when all I want to do is prevent it.” Ray Bradbury has been acclaimed as the writer most responsible for bringing modern science fiction into the literary mainstream but, as the quote above shows, he regarded himself as the author of modern philosophical fables, rather than a sci-fi writer. In his dystopian works, such as Fahrenheit 451, he holds up a mirror to contemporary society and then transposes it into fantastical and futuristic scenarios. Bradbury was a prolific writer who tried his hand at everything from poems and novels to TV and radio scripts but it’s his early short stories which he produced in his twenties that are perhaps the most imaginative.

To mark the centenary of Bradbury’s birth, Rajan Datar is joined by three Bradbury experts to help him navigate through the author’s prodigious output:
Professor Jonathan Eller from Indiana University who is also the Director of the Center for Ray Bradbury Studies;
Dr. Miranda Corcoran who teaches American literature at University College Cork with particular interest in science fiction, horror and the gothic;
and Dr. Phil Nichols who combines research into Bradbury's TV and other media work with the teaching of Film and Television Production at Wolverhampton University.

The Fall of the Roman Empire

Secrets of the Great Pyramid