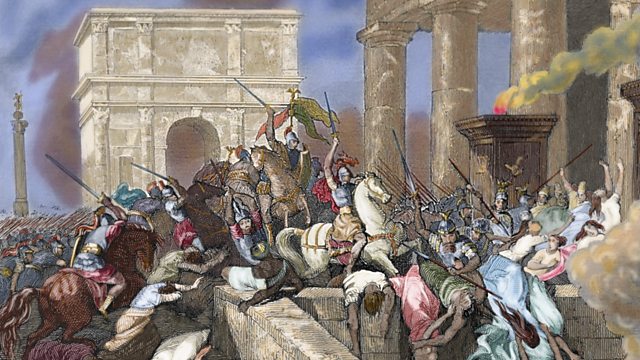 The Fall of the Roman Empire

Why did the huge western Roman empire shrink to the point where a Goth king could topple the last emperor?

In 476, the last of the Roman emperors in the West was deposed; in 1776, historian Edward Gibbon wrote “The History of the Decline and Fall of the Roman Empire”, and Rome’s fate became a major point of comparison for all empires. In Gibbon's view, instead of inquiring why the Roman empire was destroyed precisely 1300 years before, we should rather be surprised that it had subsisted so long. Ever since, there has been a fascination with what changed in Rome in 476 and why, and whether there were more significant changes earlier or later than that date and, importantly, what stayed the same.

In this edition of The Forum, Rajan Datar explores the ideas about Rome’s Fall with Sarah E. Bond, Associate Professor of History at the University of Iowa, USA; Meaghan McEvoy, Lecturer in Byzantine Studies at Macquarie University in Sydney, Australia; and Peter Heather, Professor of Medieval History at King’s College London, UK.

(Photo: Sack of Rome by the Visigoths led by Alaric I in 410. Coloured engraving. Credit: Prisma/Universal Images Group via Getty Images)