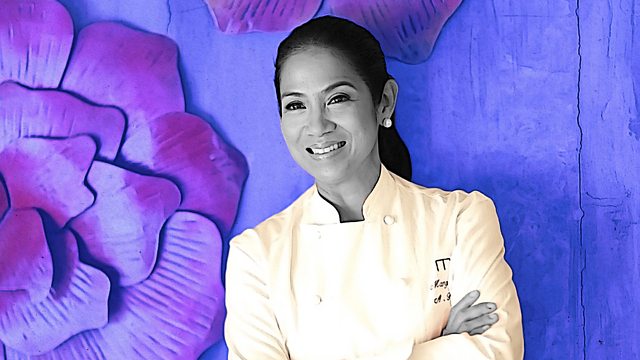 The Filipina chef on privilege, battling bulimia, and finding her identity through food.

She was born into one of the most prominent and wealthy families in the Philippines, but life has not been easy for Margarita Forés.

She was forced to flee her country during President Ferdinand Marcos’ military dictatorship, she battled bulimia as a young woman and has overcome cancer twice. She tells Graihagh Jackson how cooking has helped her cope with some of her toughest challenges, offered a way to win her family’s approval, and helped her prove to herself that she could make it on her own.

Now an award-winning chef and owner of Cibo, a successful chain of restaurants in her home country, she made her mark by blending Filipino ingredients with Italian cooking techniques, after falling in love with the country whilst at a cookery school there.

And she has set her sights on pushing for Filipino food to be internationally recognised, whilst championing local farmers and their ingredients.

The fertiliser that blew up Beirut