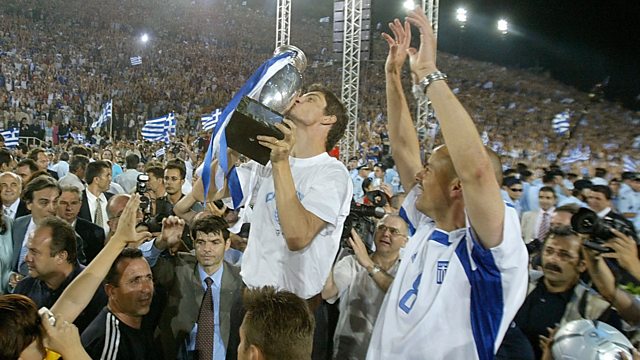 In July 2004, Greece pulled off one of the biggest shocks in football history by winning the European Championship with a 1-0 victory over Portugal. The Greeks had never previously scored a point in tournament football, but fought their way to the final thanks to set-pieces and a well-marshalled defence. Charlotte North talks to the Greek goal-scorer, Angelos Charisteas. The programme is a Whistledown Production.