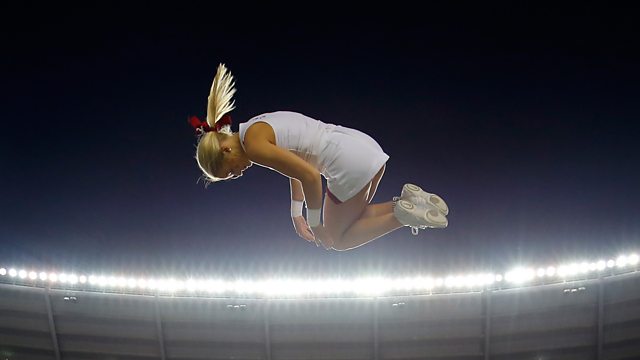 The first Cheerleading World Championships were held in 2004 at Walt Disney World in Florida.

In 2004 the first Cheerleading World Championships, or Worlds, were held at the Walt Disney World resort in Florida. It was a big moment for All Star Cheer – a new sport made up of demanding group routines of coordinated tumbles and stunts, rather than supporting a sports team from the sidelines. Lucy Burns talks to Ambrel Brannon, a member of the winning Cheer Athletics senior girls' squad, about a sport that’s becoming increasingly popular around the world.

PICTURE: A cheerleader is thrown in the air (Kevin C. Cox/Getty Images)