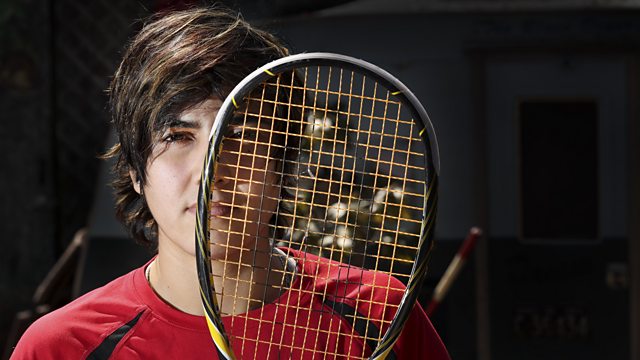 In December 2012, Maria Toorpakai Wazir reached the top 50 of women’s squash after an extraordinary struggle to become a professional player. Born in the tribal areas of Pakistan, Maria’s family disguised her as a boy until she was a teenager so she could try sport. After the Taliban discovered her true identity, Maria was threatened and she went into hiding until a Canadian former squash champion got her out of Pakistan. She talks to Ashley Byrne. The programme is a Made-In-Manchester Production.