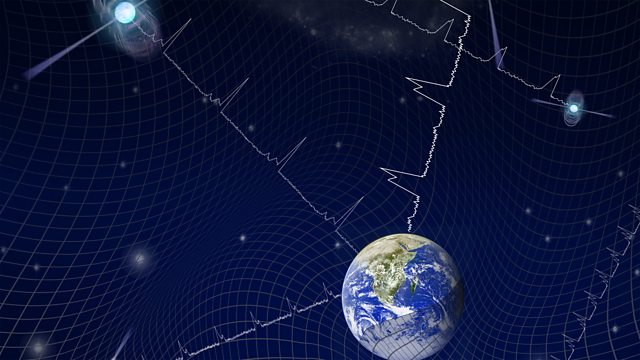 After collecting data for more than twelve years the North American Nanohertz Observatory for Gravitational Waves (NANOGrav) announced it may have detected new kinds of gravitational waves caused by colliding supermassive black holes. Professor Chiara Mingarelli of the University of Connecticut tells Roland Pease why this is such an exciting discovery.

Supermassive black holes are at the heart of galaxies and they are the engines of quasars, the brightest light sources in the heavens that can be seen across the expanse of the Universe. A team including Professor Xiaohui Fan of the University of Arizona has identified the oldest quasar in the universe.
The SARS-CoV-2 virus looks much like bat coronaviruses, but the most likely route into humans involved some other infected animal. Roland talks to Dr Dalan Bailey of The Pirbright Institute about how he has been looking for possible intermediaries.

A new study that looks into the genetics of twins and their families in Iceland shows that identical twins aren’t really identical. Kari Stefansson of the Icelandic genome company, DeCode, explains that the differences can appear when the twins are at the embryonic stage.

(Image: Representative illustration of the Earth embedded in space-time which is deformed by the background gravitational waves and its effects on radio signals coming from observed pulsars.
Credit: Tonia Klein / NANOGrav)