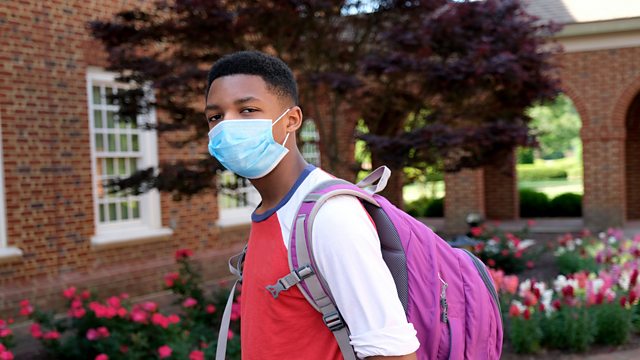 Why a minority become gravely ill is still a mystery

Studies in Children who have been severely affected by Covid 19 in Italy, Britain and the US are showing the same thing – a range of symptoms linked to an overactive immune system. Elizabeth Whittaker from London’s Imperial College discusses the similarities in these cases and possible reasons for this syndrome with Shanna Kowalsky from Mount Sinai hospital in New York.

How much should drugs for Covid 19 cost? Remdesivir which has shown promise against the virus has been priced at over $2000 for a course of treatment, but Drug price analyst Andrew Hill says the cost of production is actually below $10.

And how about some really alternative energy? Marion Cromb at Glasgow University has run an experiment to simulate a spinning black hole. In theory a rocket sent to an equivalent real black hole could use its rotation as a power source

Record high temperatures – in the Arctic