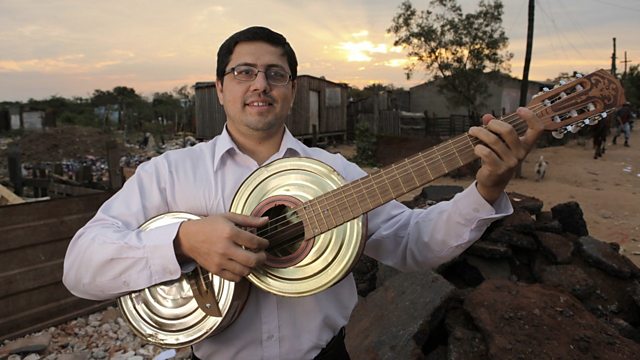 The orchestra began life in a slum by a landfill site in Paraguay, now it performs in stadia. Favio Chavez’ idea to turn trash into instruments inspired rockstar David Ellefson.

The Recycled Orchestra run by Favio Chavez, began as a safe haven for kids living in the Cateura slum. It turned into a global phenomenon when it caught the attention of rock royalty and actual royalty around the world. Playing instruments made from the trash thrown away at the local landfill site, teenagers who once only knew the streets around their homes now travel across the planet performing with bands like Megadeth, Metallica and Stevie Wonder. But despite their success, they still play the same instruments made of garbage and remain in the shanty town, putting everything they make back into their community.

Archive in this programme is from the documentary Landfill Harmonic.

Fosse and Verdon: The legacy of a dancing family

The supermodel who escaped a cult