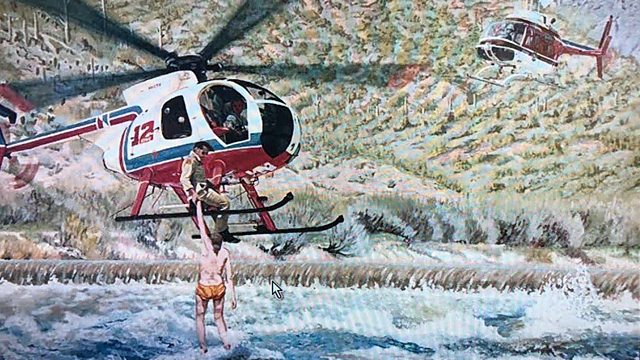 In the 1970s, American helicopter pilot Jerry Foster changed the face of modern news reporting. He was often first on the scene at emergencies and daring rescue operations in the Arizona wilderness - sometimes even getting personally involved. Jerry was seen as a hero, but throughout his life, he struggled to live up to the image. There were secrets, scandals and accusations about his behaviour that threatened to ruin his career and life. (First broadcast 29/07/2018)

Image: Jerry Foster in his helicopter taking part in a rescue at Arizona's salt river
Credit: Courtesy of Jerry Foster

The mayor and the art heist mystery