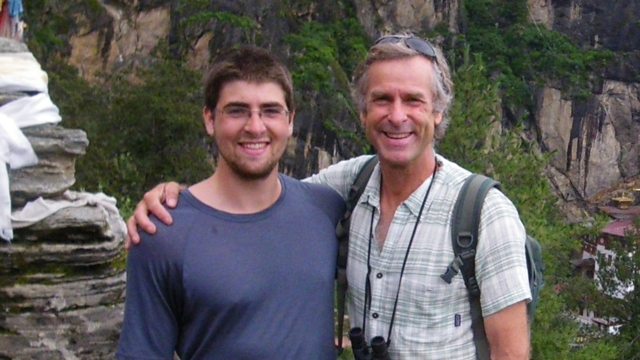 When adventurer Roman Dial's son disappeared in Costa Rica, he set out to find him. It wasn't until two years later that they found his remains

Roman Dial is a science professor and explorer who's travelled to some of the toughest places on Earth. His son Cody Roman was raised to love the wilderness too, and used to join his father on expeditions around the world. As he grew older, he went on adventures of his own. But in 2014, whilst trekking in the Costa Rican jungle, Cody Roman went missing. Roman Dial began a two year search for his son. He spoke to Outlook's Jo Fidgen.

Born in a Rio de Janeiro favela, Elza Soares overcame poverty, child marriage and public scandal to become one of her country's most beloved singers. She started out in the smokey nightclubs of Rio de Janeiro in the 1950s and with her unique raspy voice and the intensity of her dancing, she quickly became a hit on the club scene. In the 1960s a highly publicised relationship with a footballing legend briefly made her a national hate figure, but she came back and now into the seventh decade of her career she continues to be a Brazilian icon. She spoke to Outlook's Harry Graham.

I played violin during my brain surgery

"Look after her" - the story of a hidden WW2 child