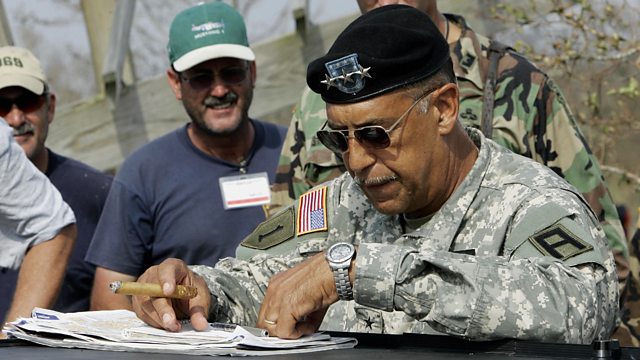 My life in the eye of the storm

US army General Russel L. Honoré was the man in charge of bringing order to the chaos in New Orleans after Hurricane Katrina. Now he is a well-known environmental campaigner.

Born during a hurricane, Russel L. Honoré grew up as a black man in Louisiana during segregation, but he found his calling in the military. He rose through the ranks to become a Lieutenant General, and when Hurricane Katrina hit New Orleans in 2005 he was the man in charge of the joint military and civilian relief effort. Having seen the power and devastation caused by nature during his career, in his retirement he formed a ‘Green Army’ of environmental campaigners in his home state.

The war story that led to our love story

A nightmare in Joshua Tree