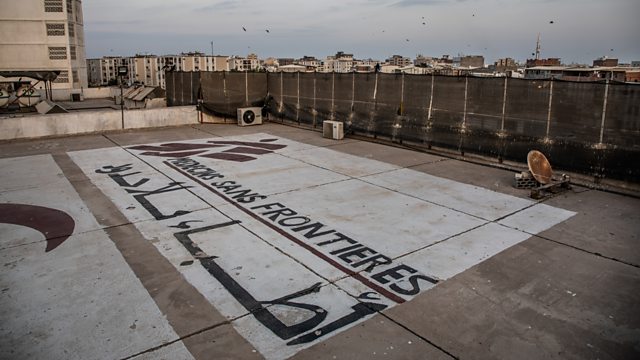 How do you deal with coronavirus in a war zone?

Thierry Durand helped to set up the only dedicated covid-19 hospital in the city of Aden.

Thierry Durand helped to set up the only dedicated covid-19 hospital in the city of Aden. He was working as a coordinator for the aid organisation Medécins Sans Frontières in the capital, Aden, when the virus hit. But as the numbers of coronavirus patients turning up in his hospital began to rise, it became clear that his skills as a nurse were needed on the front line. The challenges faced by the team are huge and Thierry says that half of the patients they have admitted to their hospital have died. To make matters worse they are also having to deal with rumours circulating on social media that people are dying due to negligence on the part of doctors and nurses.

Ron Ngwira is a farmer and entrepreneur from Malawi on a mission to make a mask for every person in his country. It's a massive logistical challenge. Ron went out looking for tailors all across the country who would be up for making masks, some of them are taking up sewing for the first time. Ron is working with #Masks4AllMallawi and so far Ron says they've made just under 5 million masks and he reckons, with funding, they can reach their target of a mask for every Malawian within two weeks.

Jorge Castillo is a Mexican librarian in San Diego who became obsessed with a traditional form of Mexican music and parties called El Fandango. He wanted to have a party with his friends in Mexico. Because documents were a problem, they decided to have a party at a border fence. It is now an annual tradition and this year, due to covid-19, it has gone digital.

The cookbook that became a lifeline