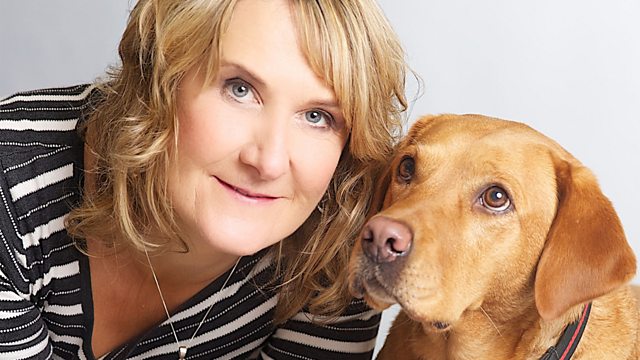 I believe my dog’s nose saved my life

Claire Guest is a psychologist and animal behaviourist. She had a special bond with her dog Daisy who alerted Claire to a lump in her breast, which may have saved Claire’s life.

Claire Guest always loved dogs, but she didn’t realise that a dog might save her life one day. She’s a psychologist and animal behaviourist who began researching whether dogs could smell illness in people. Claire set up a charity to train dogs to detect diseases such as cancer in humans. She had a special bond with her Labrador Daisy, who started acting strangely around her one day. The dog alerted Claire to a lump in her breast, which Claire says saved her life. Daisy detected over 500 cases and won a Blue Cross medal for dogs. Now Claire is working with doctors and scientists to try and sniff out Covid-19 as well as working as the CEO for her charity Medical Detection Dogs.

Mohammad Sayed was left paralysed after a bomb exploded near his home in Afghanistan. He ended up living in hospital for years, before being adopted in America. He channelled his experience into his creation Wheelchair Man, a comic book hero based on his life. Outlook last spoke to Mohammad in 2017, and recently he caught up with Outlook’s Troy Holmes to tell us about his new cast of superheroes.

In Canada Professor Andrew Judge has started a land restoration project, following in the footsteps of his grandmother, where he grows indigenous plants. He uses the garden for teaching, community outreach, and to connect with his ancestors.

Why I dive on my birthday