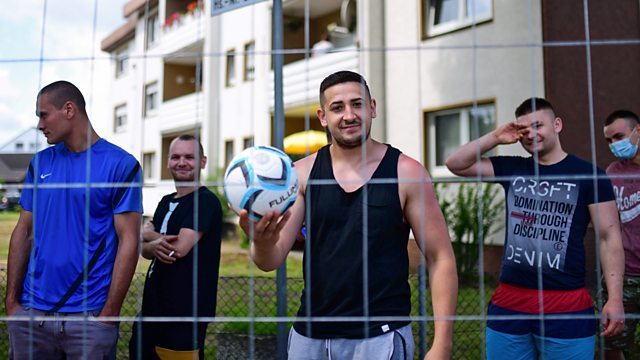 A Covid-19 spike in Germany

Two districts in Germany re-enter lockdown as Covid-19 cases spike, how the killing of George Floyd resonates with Australia’s indigenous people, plus a border dispute in Ladakh.

Pascale Harter introduces analysis, reportage and personal reflections from correspondents around the world.

Germany was recently praised for its handling of the coronavirus outbreak and its relatively low number of deaths. Now a slaughterhouse in the state of North Rhine-Westphalia is at the centre of new cases. As Damian McGuinness reports, two districts have had to re-enter lockdown, putting the lives of more than half a million people on hold once more. So is this the start of a second wave or something to be expected as we learn to live with the virus?

The killing of George Floyd in the US has resonated strongly with indigenous Australians, who often face prejudicial policing themselves, and make up an unequal number of Australia’s prison population. Shaimaa Khalil met members of the Aboriginal community in Sydney.

Last week, Indian officials reported that at least 20 of their soldiers were killed in a clash with Chinese forces in a disputed Himalayan border area. The incident follows rising tensions over the Line of Actual Control, but is the first deadly conflict there for at least 45 years. India’s external affairs ministry accused China of breaking an agreement recently made to respect the border in Galwan Valley. Michelle Jana Chan has seen the natural wonders the area offers but says tensions threaten this once more.

Key workers have been expected to keep much of their working life the same throughout the coronavirus pandemic – albeit a more distanced and masked existence. They’ve worked to provide vital healthcare, make sure food has been available and many correspondents have had permission from their governments to continue reporting. Jean Mackenzie, who is normally based in Brussels, now sees airports and flying in a different light.