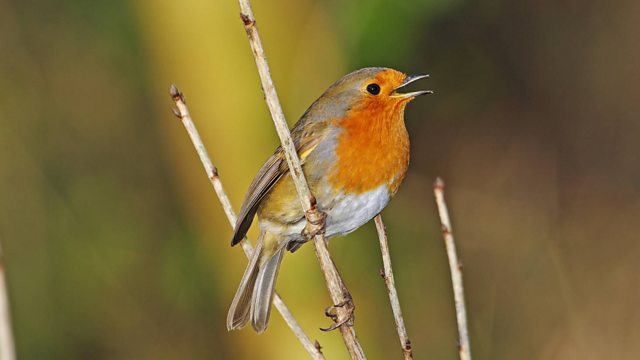 How birds are adapting their calls to be heard

As large areas of the world have locked down this year, many of us have become more aware of the birdsong around us. The relative silence has allowed us to listen in. But scientists have known for several years that the birds themselves have been responding to human noise too, by pitching their songs and other calls higher, to be heard over the rumble of our urban life.

There are several ways in which birds can adapt how they communicate in the face of environmental pressures, but what are the limits to these adaptations? And what can this tell us about how to maximise conservation efforts in the future? Rory Crawford talks to ornithologists and animal behaviourists studying bird species around the world. He finds out how the advance of technology is helping researchers explore birds’ preferences and behaviours in the wild, and hears how one particular bird changed its song, and the new version rapidly spread across North America – “the most viral tweet of all time”, as it’s been called!