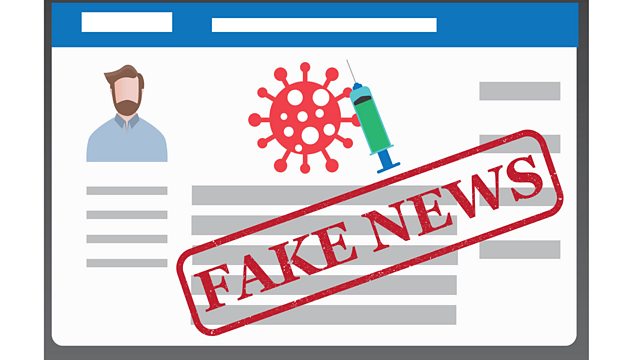 Dispelling vaccine misinformation online. Also God of Mars, the first film to use Games tech for special effects and seeing the value behind data.

Thousands of people in the UK have now received the Pfizer COVID-19 vaccine and vaccinations have just started in Canada, yet despite promotion from the government, a recent survey shows many people are reluctant to have it. Part of this hesitation is due to misinformation and vaccine myths on social media. Anna-Sophie Harling Managing Director for Europe at NewsGuard– the trust tool web extension provider – talks about their special report on top COVID-19 vaccine myths online. Many of these myths have been circulating online for months so how can governments dispel these falsehoods and convince their populations to be vaccinated?

God of Mars PKGE:
Production has just started on the world’s first feature-length film to be shot with video game technology. “Gods of Mars” uses something called “the Unreal Engine”, which is normally used to make games like Fortnite and Gears of War. But this time it’s creating all the film’s special effects and virtual environments… from rocket ships to robots! It’s hoped that this kind of technology could save film-makers huge amounts of money. Chris Berrow has been taking a look for us.

Data Action
In her new book, “Data Action,” Associate Professor Sarah Williams from MIT issues a call for thinking ethically about data today. She’s on the programme to warn of the possibilities of using data for bias and segregation and how we need to learn to see the value behind the numbers.

The programme is presented by Gareth Mitchell with expert commentary from Ghislaine Boddington.

Is the internet affordable where you live?