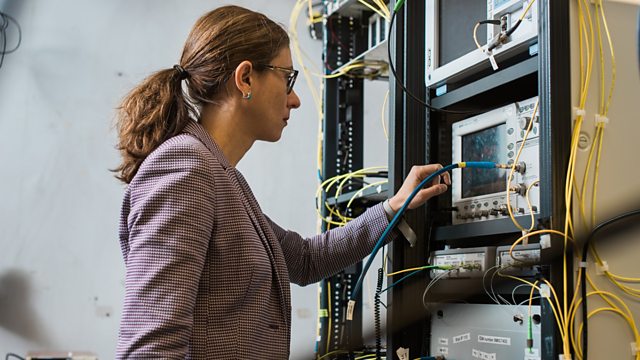 The fastest ever internet connection

The fastest ever internet connection. Also the Melbourne Monolith – why data quality matters and tiny robots powered by solar energy and moved by laser light.

The world’s fastest data transmission rate has been achieved by a team of UCL engineers who reached an internet speed a fifth faster than the previous record… Dr. Lidia Galdino achieved a data transmission rate of 178 terabits a second (178,000,000 megabits a second) – a speed at which it would be possible to download the entire Netflix library in less than a second.

Flight simulator ridiculous skyscraper that does not exist
Cam Wilson is an Australian journalist with Gizmodo, he saw the Twitter discussion about Microsoft Flight Simulator’s 2020 huge skyscraper in virtual Melbourne. If you are not a regular pilot, the scene you faced with was a massive building in Melbourne to navigate around – instead of two floors it was 212 floors. Cam wondered if he could find the person responsible – and he did – a snapshot of data with an error has created this unusual scene.

Solar powered laser controlled tiny robots
Scientists at Cornell University have invented a tiny micro robot which is solar powered and moved by laser light. Each bot consists of a simple circuit made from silicon photovoltaics – which essentially functions as the torso and brain – and four electrochemical actuators that function as legs. The researchers control the robots by flashing laser pulses at different photovoltaics, each of which charges up a separate set of legs. By toggling the laser back and forth between the front and back photovoltaics, the robot walks. Eventually the researchers hope to create swarms of microscopic robots crawling through and restructuring materials, or suturing blood vessels, or being dispatched en masse to probe large swaths of the human brain.

The programme was presented by Gareth Mitchell with expert commentary from Bill Thompson.

Hacking help for US Elections