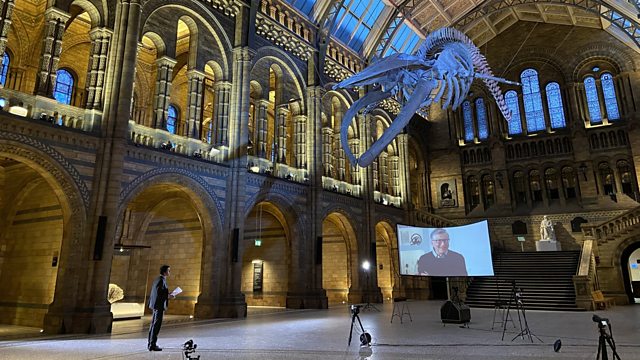 The world's most influential philanthropist has set his sights on helping to decarbonise the global economy - whilst also taking a leading role in efforts to contain coronavirus.

Eliminating carbon emissions in the next 30 years would be "the most amazing thing humanity has ever done".

In an exclusive interview, Bill Gates tells Justin Rowlatt why he has set his sights on tackling global warming, and how the challenge compares to efforts to contain the coronavirus pandemic - which he is also taking a leading role in, with the funding of vaccine rollouts. The Microsoft founder and world's most influential philanthropist is particularly focused on the parts of the economy that are the toughest to decarbonise - things like cement, steel and aviation.

His thinking is strongly influenced by the energy historian Vaclav Smil. Gates says he has read every one of the Czech-Canadian professor's 40-odd books on the subject. But in a rare interview, Professor Smil tells Justin that he has a decidedly more pessimistic view of how quick and painless the energy transition can be.

African Free trade: What’s in it for women?