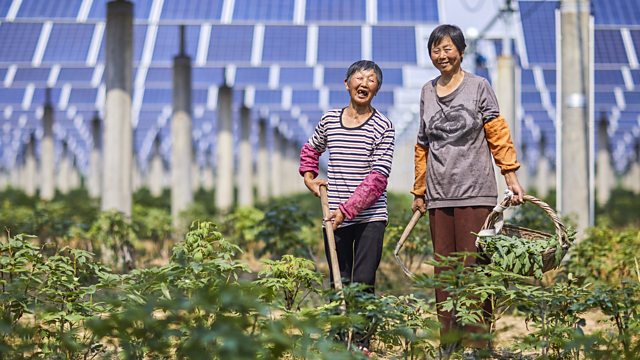 Plans for gigantic government investments to decarbonise the world economy are gaining traction, but they may hinge on the US election results in November.

Plans for gigantic government investments to decarbonise the world economy are gaining traction, but they may hinge on the US election results in November.

Justin Rowlatt speaks to Spain's deputy prime minister Teresa Ribera about how her government aims to make the country carbon neutral by 2050, as well as a one-trillion-euro EU green recovery plan expected to be unveiled by the European Commission this week.

Meanwhile in the US, the signs are that Democrat Joe Biden will adopt a climate change plan similar in scale to the original 1930s New Deal as the central plank of his election campaign, according to Vox journalist David Roberts.

But what about the world's biggest carbon emitter, China? Justin asks Li Shuo of Greenpeace East Asia whether President Xi will prioritise green investments as part of his country's coronavirus recovery plan, currently being fleshed out at the National People's Congress. And what difference would the US election outcome make to China's willingness to phase out fossil fuels?

(Picture: Chinese women hold a hoe and a basket and smile while standing under a solar photovoltaic panel array; Credit: Jenson/Getty Images)

The growth of fake coronavirus cures