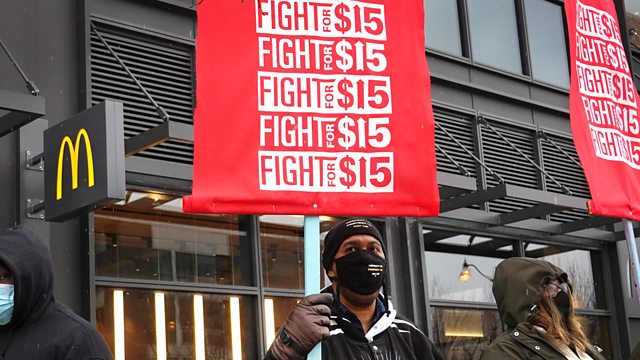 The new US president's plan to introduce a $15 minimum wage has sparked debate. Manuela Saragosa speaks to Allynn Umel, campaign director at the Fight for $15 campaign, about why a federal rise in wages is overdue. Jacob Vigdor, professor of public policy and governance at the University of Washington in Seattle, discusses the pros and cons of a wage hike during a pandemic with Jack Kelly, founder of recruitment firm WeCruitr.

(Photo: Demonstrators participate in a protest calling for a $15 minimum wage outside of McDonald's corporate headquarters on January 15, 2021 in Chicago, Illinois. Credit: Getty Images)

The practicalities of Brexit