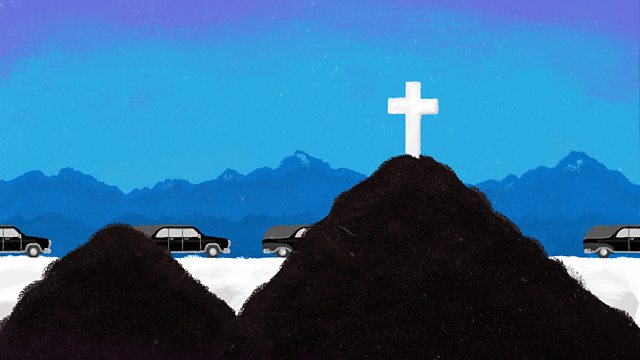 The Documentary Detours
Episode 3 of 5

Follow the dead bodies that travel along mountain passes in northern Greece for cremation in another country.

In Greece, the Orthodox Church bans cremations for believers. There are no crematoriums in the country. So for those who want to be cremated the alternative is a 13-hour journey to neighbouring Bulgaria, where cremations can take place. Portia Crowe follows the trail of the dead bodies – 18 each week – that travel along the mountain passes in northern Greece for cremation in another country. Hosted by Academy Award-winning documentary film-maker Asif Kapadia (Amy, Senna, Diego Maradona), this is the third episode in a five-part series from BBC World Service in collaboration with Robert Redford’s Sundance Institute. Detours takes us off the main roads of our lives, following people who didn’t end up where they expected.

Where the homeless elephants go—Detours