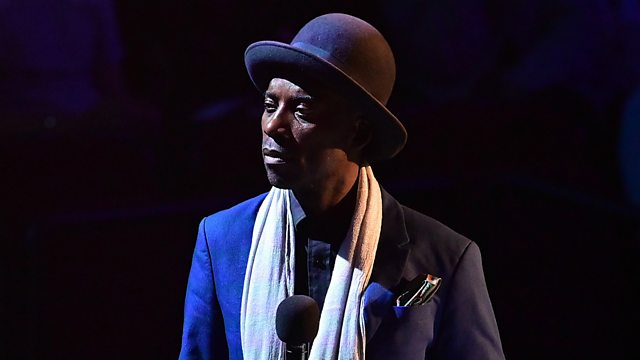 In his long career, the jazz legend Duke Ellington wrote hundreds of pieces but he considered his three Sacred Concerts to be the pinnacle of his musical achievement. In this week’s visit to the 2019 BBC Proms you can hear the best of the Concerts in a new version created by the pianist and conductor Peter Edwards and vocalist Carleen Anderson. Ellington said he preferred his music to be seen as 'beyond category' but even by his standards the Concerts encompass a very broad range of musical styles: big-band jazz, classical music, gospel and tap dancing.

Andrew McGregor introduces the concert from the Royal Albert Hall in London alongside Ashley Henry, a rising star among British jazz pianists.

See all episodes from BBC Proms on the World Service