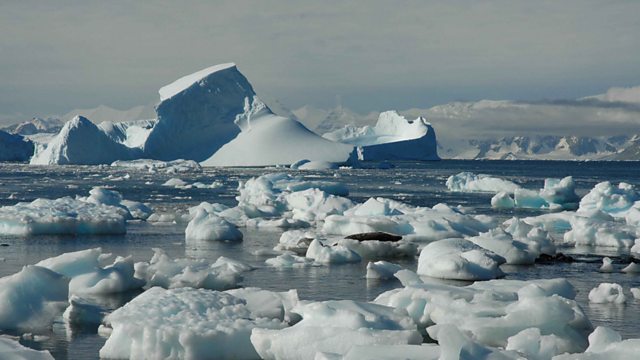 Cerys Matthews presents the annual programme of messages and music for the scientists and support staff overwintering at three British research stations in Antarctica.

The BBC World Service proudly presents its traditional – and unique – annual programme of messages and music for the scientists and support staff overwintering at three British research stations in Antarctica.

Presented by Cerys Matthews, the Antarctic Midwinter Broadcast is transmitted on shortwave on 21 June. This year it has a target audience of 36 people…and a few thousand penguins.

To mark the 75th anniversary of continuous UK scientific exploration of the continent, this year's programme includes special messages from Her Royal Highness the Princess Royal and Sir David Attenborough.

The UK has four research stations in Antarctica. There are two in the comparatively temperate South Sandwich Islands: one on tiny Bird Island, off the north-west tip of South Georgia; the other on King Edward Point, near the old whaling station of Grytviken, on the north coast of South Georgia itself.

Around 2000 km further south, on the west side of the Antarctic Peninsula, lies the British Antarctic Survey’s largest station, Rothera. Further south still is Halley, on the Brant ice shelf. Because of concerns about the stability of the ice, no-one is over-wintering there this season.

Festivities on midwinter's day are as traditional as those of Christmas. The station commanders rise early to cook breakfast for their staff, and presents are exchanged. Feasting continues before the winterers gather round a shortwave set to listen to this traditional broadcast. Finally, the Antarctic horror movie The Thing is screened.