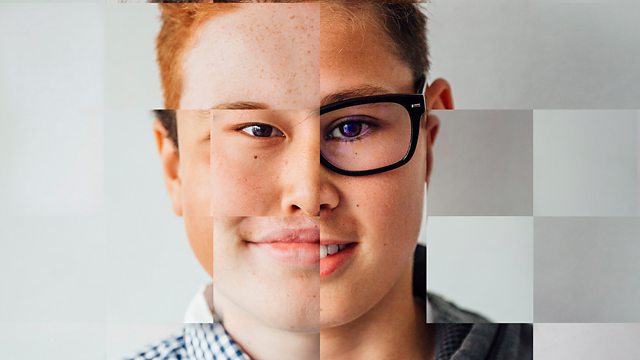 How modern living is changing our faces

Dr Vybarr Cregan-Reid looks at how modern living is changing our faces, from jaws that are shorter and wider, to eyes that increasingly need help to see.

Dr Vybarr Cregan-Reid looks at how modern living is changing our faces. With the help of professor Saw Seang Mei in Singapore and the UK's top ophthalmologist, professor Chris Hammond, he tells the story of how baffled scientists sought to understand the rocketing rates of myopia in the Far East, where more than 80% of teenagers are short-sighted. Dr Cregan-Reid learns about the various theories put forward before Australian researchers cracked the mystery in 2004. Spoiler alert: It is not to do with screens.

Evolutionary biologist Professor Noreen von Cramon-Taubadel, from New York State University, tells Dr Cregan-Reid about how our jaws have been reacting to changes in our diet. They are getting shorter and less dense, but our teeth are erupting as if it is still 50,000 years BC. At London's Natural History Museum, Professor Fred Spoor takes us through the impact the modern world is having on our teeth and the shape of our mouths.

Back in Singapore, the country's leading plastic surgeon, who spends most of his day reshaping people's jaws, tells Dr Cregan-Reid he thinks our faces are getting shorter but wider because of what we eat and the impact of stress on facial muscles.

How modern life is changing our backs—Changing World, Changing Bodies