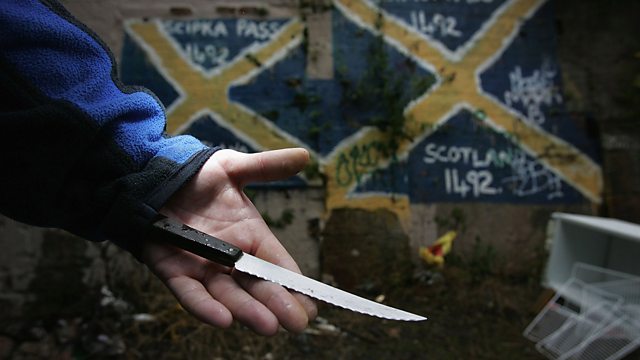 How Glasgow, which has one of the highest murder rates in Europe, is tackling knife crime.

It is said that by 2050 cities will be home to 6.4 billion people. They stand at the centre of the world’s most pressing challenges. Presenter Fi Glover is joined by Dr Ellie Cosgrave, director of UCL City Leadership Laboratory, and urbanist professor Greg Clark. They scour the world looking for the most inspirational cities, from those tackling environmental issues and urban violence, to encouraging political participation and transforming slums. This week they look at the city of Glasgow, which has one of the highest murder rates in western Europe, and how it has tackled knife crime. Could it be a model for other cities to follow?

(Photo: A Glaswegian prostitute shows a kitchen knife that she carries around for protection. Credit: Christopher Furlong/Getty Images)