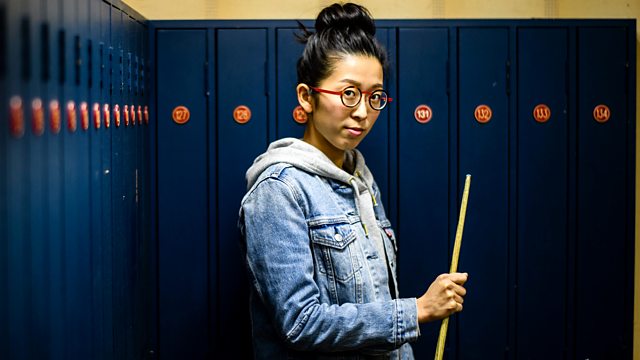 Champion Stephen Hendry examines the rise in popularity of snooker in China.

Once a game associated with the backroom of British pubs, snooker is now a global sport with most of its growth coming from China. Legendary snooker champion Stephen Hendry presents this exploration into how snooker became so popular in China and why its future is looking young, cool and Chinese.

In Hong Kong, there’s Ladies World Snooker Champion, Ng On-yee. Her instantly recognizable face and funky glasses appearing on screens and magazines. We hear how snooker arrived in the terrritory in the 1980s when tuxedo clad stars from the UK were flown in to promote the game. Players like Stephen found themselves hero worshipped overnight. From there the game entered Communist China at a time when very few Western influences were allowed in.

Today snooker is so popular in mainland China that it is on the school sports curriculum, there are pop songs in its honour and its biggest snooker star, Ding Junhui, is mobbed wherever he goes.
Presenter Stephen Hendry was the youngest ever snooker World Champion and went on to win the competition a record seven times. Throughout his career and since his retirement he has been fascinated by Hong Kong and China. These days he spends a lot of his time touring Chinese cities playing exhibition matches in front of packed out crowds.

The programme goes from Hong Kong to Beijing via Sheffield in England (home of the World Snooker Championships) in search of why snooker is becoming young, cool and Chinese.