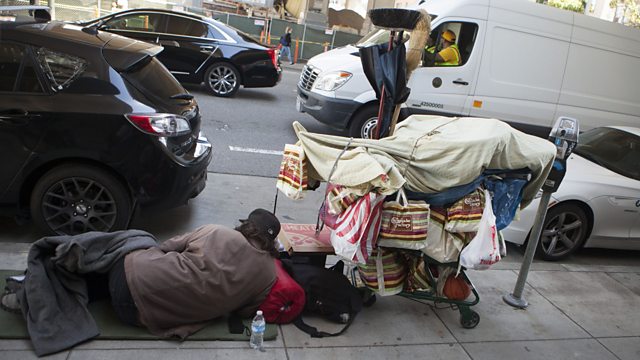 Does San Francisco have more rough sleepers than Britain?

An article in the San Francisco Chronicle claimed that there are 5180 people sleeping rough in San Francisco compared to 5096 in Britain. Is this shocking statistic true?

Is it true that there are more people sleeping rough in San Francisco than the whole of Britain? That’s what an article in the San Francisco Chronicle claimed but do we have any reliable statistics and how do you count people who don’t necessarily want to be found? Tim speaks to Professor Glen Bramley and Professor Margot Kushel to find out more.

Who fought in World War One and the American Civil War?

Aid to Ukraine and being struck by lightning