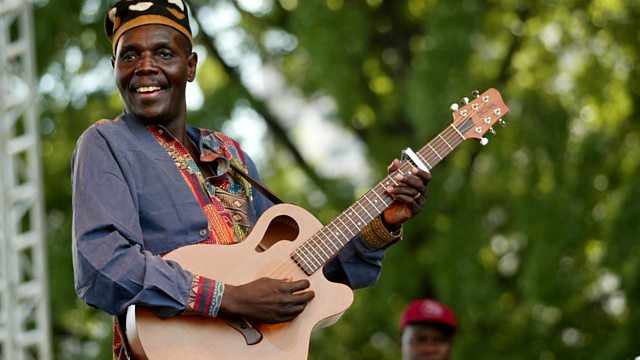 A celebration of the life and music of Zimbabwe’s Oliver Mtukudzi.

Oliver Mtukudzi was loved by people all over the world for his unique melodies – and by Zimbabweans for the messages of hope contained in his lyrics. There was a huge outpouring of grief when he died on 23 January 2019.

Tuku – as he was affectionately known – composed anthems of social lament and timeless wisdom, which were seen as a soundtrack to life in Zimbabwe for over four decades. He came to prominence in the 1970s as one of voices of the revolution fighting white-minority rule.

Mtukudzi saw himself as society’s conscience and used the proverbs of his Shona language to challenge people to live their best lives. His songs spoke out against women who were thrown out of homes when their husbands died, the stigma of HIV/Aids and spoke up for children suffering at the hands of alcoholic, abusive fathers.

To the chagrin of some, he steered clear of direct political confrontation with former president Robert Mugabe. But his 2001 song Wasakara, meaning "You Are Too Old", was banned as it was seen as a coded reference to Mugabe.

The BBC’s Kim Chakanetsa is in Harare and paints an intimate portrait of one of Africa's musical giants – through the insights of his daughters, close friends and musical collaborators. We explore his unprecedented, experimental sound – Tuku Music. And we look back at his life – the joys and the sorrows – through his music and archive, including a touching moment when he sings with his mother.

California Dreamin': The Mamas and the Papas

How the world changed music