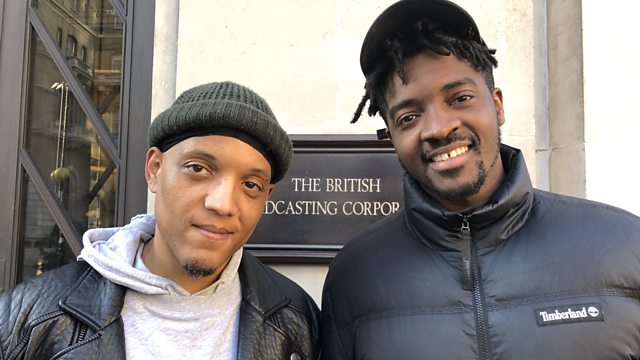 Fork in the Road - Two journeys out of violence

Heart and Soul Fork in the Road
Episode 3 of 3

London rappers Jahaziel and Guvna B both grew up in violent environments, but while one has turned his back on Christianity, the other uses his music to express his faith.

In the final part of Fork in the Road, Jane Little meets two more people who have been through similar life changing experiences, but have had their faith affected in different ways.

Jahaziel and Guvna B are both rappers, and products of the housing estates of London. They have both seen street violence, friends hurt, and witnessed the decaying effect on the lives of young black men.

Jahaziel was one of the biggest selling Christian rappers, but now he has left his faith. He tells Jane how he just couldn’t regurgitate the ideas that he had been fed since he was a boy, and how his fans turned on him when he turned his back on Christianity.

Guvna B grew up in a similar gang-ruled neighbourhood of London. He now shares his strong Christian faith through his own music, winning a MOBO in 2010. Jane hears how his music is his relationship with God.

After hearing their individual stories of growing up amid gang violence, Jane brings them together to discuss how, despite those similar circumstances, they have taken different paths in faith.