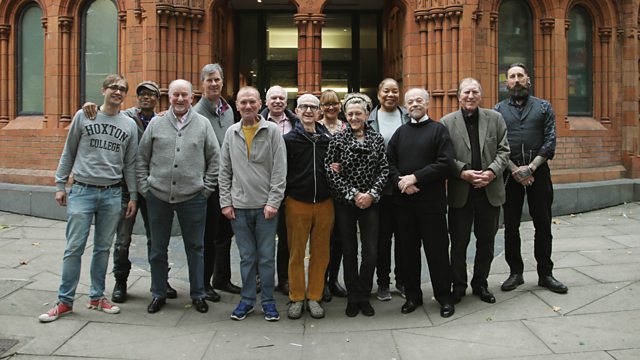 The choir without vocal cords, part one

The Belgian chorister turned doctor who conducts a choir for people who have had their voice box surgically removed.

Doctor Thomas Moors has understood the power of the voice since he was part of a boys' choir in Belgium. He took that knowledge with him into his career and now specialises in ears, nose and throat. And now he has done what some thought impossible - formed a choir for people in the UK who have had their voice boxes surgically removed, mostly because of throat cancer, through an operation called a laryngectomy.

We also hear the stories of Shout at Cancer choir members Sara Bowden-Evans and Ian Bradshaw, and we meet award-winning American filmmaker Bill Brummel, who has also had a laryngectomy, and wants to take the choir to the big screen with a film called Can you hear my voice. This is part one of a two part programme.

The Superheroes of Lagos

The prison escape and the wooden keys