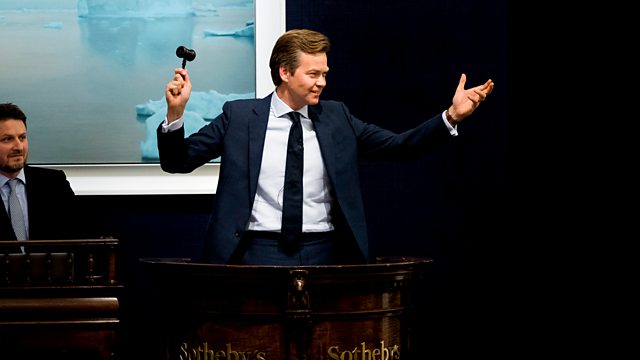 Are things only worth what people are willing to pay for them? Tim Harford explains why a method of buying and selling that originated in ancient times has endured to the present day, and is now underpinning the success of some of the internet's most powerful brands.

An auctioneer in action at Sotheby's in London (Credit: Tristan Fewings/Getty Images for Sotheby's)

Brian Learmount The History of the Auction London: Barnard and Learmount 1985 p84

Brian Learmount The History of the Auction London: Barnard and Learmount 1985 p84

Ken Binmore, Paul Klemperer “The Biggest Auction Ever: The Sale of the British 3G Telecom Licences”

Google has a video tutorial explaining the workings of the Ad Auction. For a more academic discussion, Google’s Chief Economist Hal Varian published an analysis of the auction as it was in 2009. Hal Varian “Position Auctions” International Journal of Industrial Organization, 2007, vol. 25, issue 6, 1163-1178

Jack Nicas “Google Uses Its Search Engine to Hawk Its Products; Google buys millions of its own search ads, competing with customers and promoting its products atop search results” The Wall Street Journal 19 January 2017