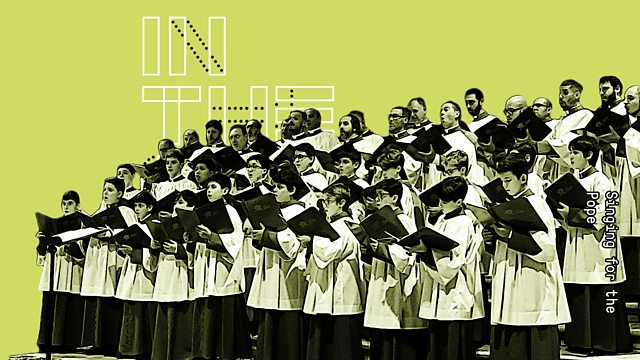 Singing for the Pope

Join the Sistine Chapel Choir as they prepare for Christmas mass, the biggest night of their calendar.

Glyn Tansley goes behind the façade of the Vatican to meet the members of the oldest choir in the world, as they prepare for the biggest night on their calendar.

The Sistine Chapel Choir has a history dating back 1500 years, but it is still one of the most active cultural institutions at the very heart of the Vatican.

It also has the prestige of being the Pope’s personal choir, performing for him whenever he’s in St Peter’s Basilica. As the Holy Father’s personal choir, it is called upon to play an ecumenical role, contributing to bringing together in art what has been separated by history and politics.

In their rehearsal room, we meet the men and boys who make up the choir as they prepare for Christmas mass, an event watched around the world by millions of worshipers. We’ll come to understand why being in this choir so important to them, and the pressures of being always on display through the Vatican’s global TV and radio services.

This is a rare glimpse into the real lives at the heart of an ancient tradition.