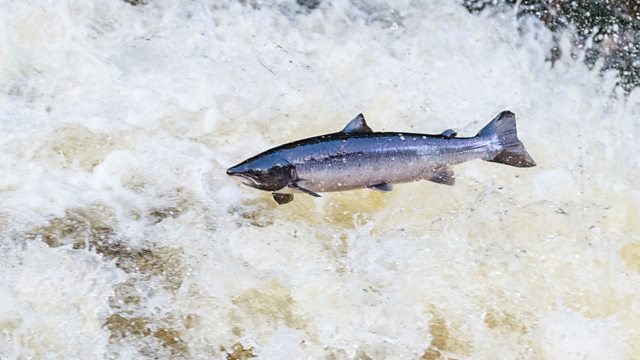 Will my salmon swim home?

If we put some salmon eggs in the river, would they return to spawn later on in their lives? Marnie Chesterton investigates.

Crowdscience listeners Michael and Ricky have been walking a tributary of the River Thames in London, UK. They’ve noticed that there are loads of fish, which have only returned in recent years thanks to clean water initiatives. But what about salmon, they wonder? Could they one day return too? If they popped some salmon eggs in the river, would they return to spawn later on in their lives?

Marnie Chesterton heads to Norway to find out whether it’s possible. There, she follows the life cycle of salmon, from birth to death and travels to the salmon’s spawning grounds, before following their path out to sea and beyond. She explores the science behind ‘natal homing’ - returning to the place of your birth in order to reproduce. It isn’t just confined to salmon. But how does it work? Marnie also learns to fish as she joins an active research project that's evaluating if escaped farmed salmon are threatening their wild counterparts by interbreeding. Could this stop salmon swimming home?

Back in the UK, Marnie finds out if all this Norwegian expertise could be transplanted to a river in London? Quite possibly, but it's not without its challenges, as the UK's Environmental Agency found out after attempting to re-introduce salmon into the River Thames.

Can my stutter be cured?